In late September, Bob Geil received an email from Stephan Kaseman, a scientist at the FH Vorarlberg University of Applied Sciences in Dornbirn, Austria. Stephan’s Deep Reactive Ion Etcher (DRIE) had stopped working after some damaged components were replaced, and he could not find anyone to help him service the system. As a long shot, he reached out to Bob because CHANL has the same DRIE system. Bob shared over 40 screen shots of the DRIE’s configuration files with the Austrian scientist to help troubleshoot! They exchanged emails ~25 more times to gather additional configuration files. After this substantial effort, Stephan recently emailed Bob to let him know that the system was operational again, stating, “I think I’ll print out your photo from the UNC website and stick it to the machine’s control rack, marked with the caption Hero.” Apparently he was not kidding. Congrats to Bob on his elevation to hero status! 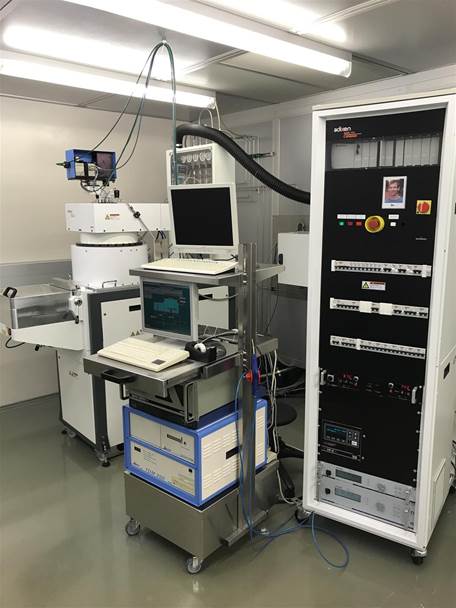 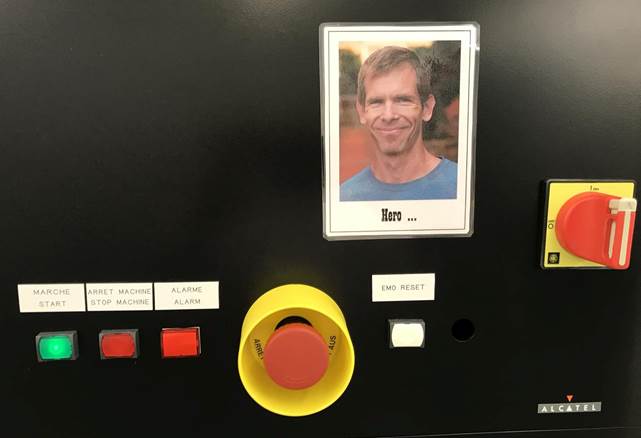