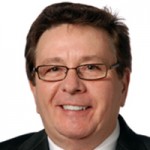 Join us for a special Take-out Science Session as we celebrate National Nanotechnology Day on October 9th. We will give a quick introduction to length scales and nanotechnology, find out more about a clean room, and observe various samples on our scanning electron microscope. We will go live at 1 pm (EDT). Submit your nano-inspired questions for our experts in the comments section below or email us at rtnanonetwork@ncsu.edu.

Mark McLean took part in the RTNN’s RET program, Atomic Scale Design and Engineering during the summer of 2019. He worked with UNC grad student Jon Meyers in the lab of Professor Jim Cahoon. Over the summer, he learned how to see and use many of the tools that researchers use for nanofabrication and characterization. Education is a second career for McLean, and he recently discussed why he chose to teach with NC State’s College of Education. His enthusiasm for nano-education is contagious. Read more about his experience working and educating in nano here.

The RTNN and NNCI are supporting an image contest this month in honor of National Nanotechnology Day. Do you have an image that you think could win most stunning, most unique, or most trompe-l’oeil? If so, learn more and submit your image at the Image Contest Website. The deadline for image submission has been extended until September 25, 2019.

Last week, three RTNN faculty members highlighted the monthly RTP 180° event: Tori Miller (NC State), Daphne Klotsa (UNC), and Claudia Gunsch (Duke). RTP 180° is held at The Frontier and features people from triangle universities, local companies, and the community at-large who take the stage to speak passionately about what matters to them. Drs. Miller, Klotsa, and Gunsch related their work in nano to a packed house. Dr. Klotsa kicked off the evening, highlighting her work in modeling nanoparticle packing. Dr. Gunsch emphasized the importance in studying the unintended effects of silver nanoparticles in the environment. Dr. Miller closed the evening talks, giving an overview of her work in metallurgy.

If you missed the opportunity to see the event live, you can see a recording of the event here.